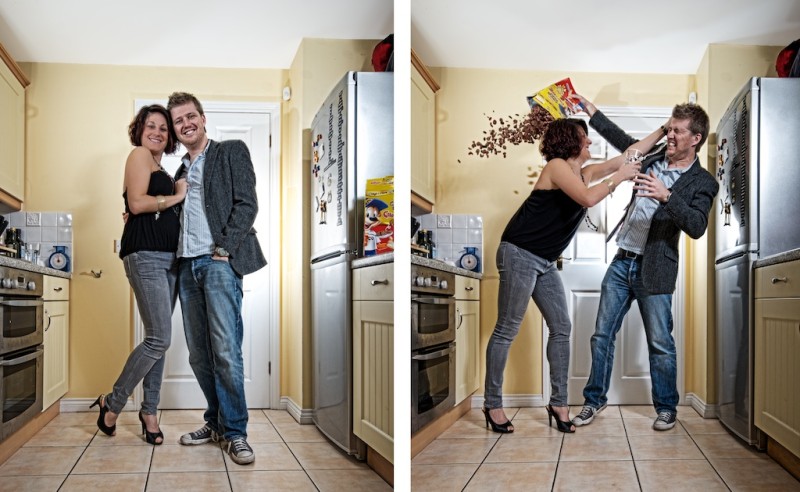 So, I am learning. Taking pictures when I can using this basic knowledge and making mistakes constantly, just to prove how little I know. Down this route, however, lies some amazing photographs and indeed photographs with value, real cash value. I can see how people get the bug for playing with flash and moreover how magazines and papers love resulting photos. 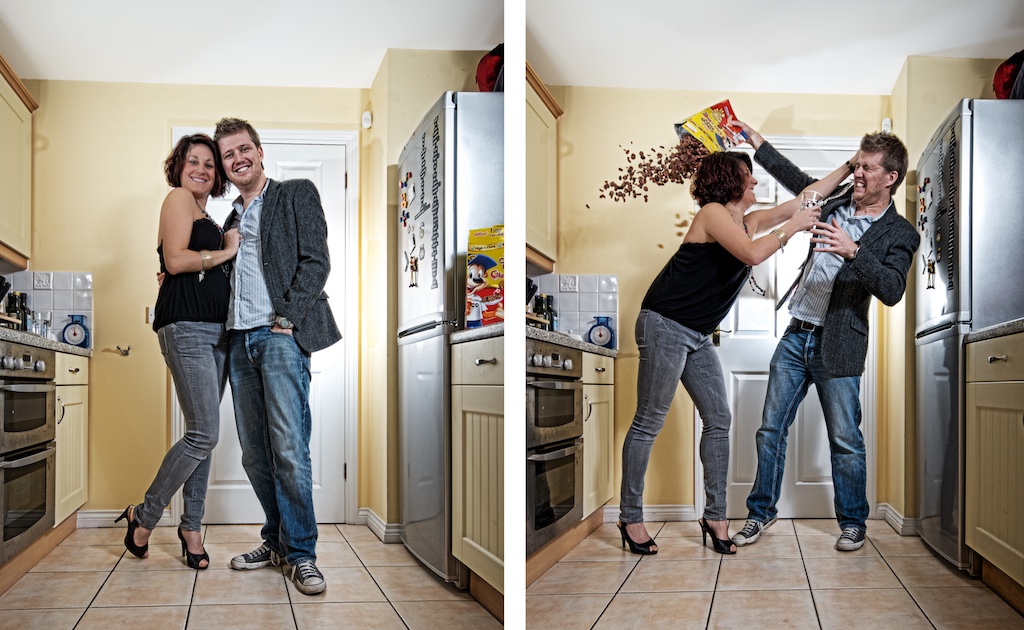 I have often wowed at the photographs of Lyndon Wade. Not only for his ability to invent and tell crazy stories through his images, his talent at producing the unreal and sometimes terrifying but also the elastic, plastic quality of the pictures themselves.

I wondered how he was able to create that carnival look, and so pumped a few search terms into our old friend google and came out with this page. Rightly or wrongly it explains, in brief, the lighting setup used by Lyndon for one of his most famous pieces.

It’s a lot of lights, strategicaly positioned. I thought, perhaps this was how he does it! And it is. So, as is so foten the case for me, I took a great idea and tried my own, half arsed version of it.

I wanted to take a two part photo series of my friends Graham and Bee (newly engaged no less! Congrats again you two!), in one photo they would be standing, static in each other arms, the next woudl be a flurry of mayhem in mid throws of a ‘lovers tiff’.

I had little kit and thought that to create the light I wanted I had to fill the room as best I could. I took my speedlight, set it up with an umbrella and set it to about half power just to camera right, flooding the room. This gave me even coverage, but cast shadows wherever the light couldn’t reach. A kitchen is full of obstacles.

So I added another strobe (no more light modifiers, as I had no more), this time in front of the camera to the left, hidden in a cupboard. I don’t know the setting of this one as its an old Vivitar and the setting are not clear to me yet… This started to produce the spread of light I was after. 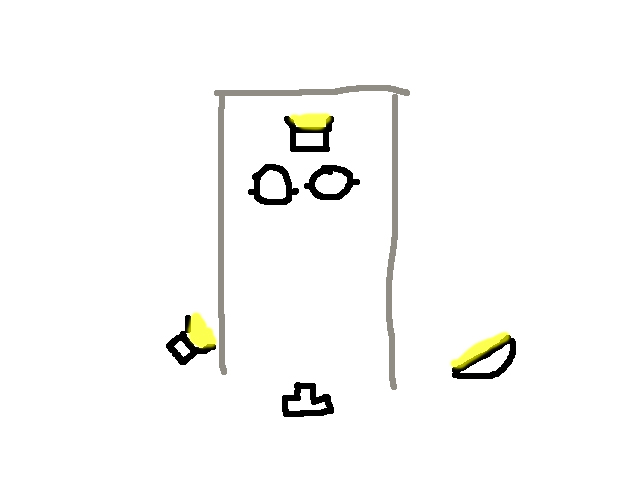 Then my model stepped into the frame and began to cast further shadows. So I had to deploy my last strobe. I wanted uniform light

throught the scene, so I asked Graham to put the flash in his back pocket. I could then fire it directly against the back wall and hopefully eliminate any additional shadows.

Then I took the first shot, nice and easy, static, simple. Then came the action shot. I had included the ‘props’ to be used in the action shot (a box of cereal and a full glass of water) so that there was a little bit of story telling going on.

Unless we wanted to have to clean up and go again we had one shot to get it on, so a joint count down and then, GO! We just about got it…