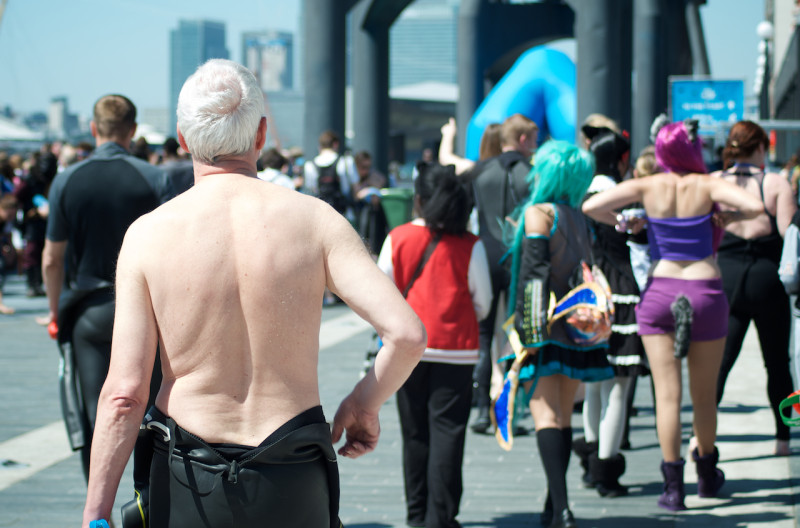 I went to take some photos of my brother in law doing one of his ‘Five Great British Swims’ in the Royal Victoria docks in London.

When we arrived we were surprised to find the train station not filled with swimmers as expected, but instead filled with Mario, Luigi, Harry Potter, Frodo, Gandalf and many more that I had no hope of recognising!

It made for a pretty weird scene and I liked this shot I took of a swimmer recently finished and some cosplayers happily wandering around the docks. I also have one of a bloke getting his photo taken with the planet of the apes… true story.